Crohn’s disease (CD) and ulcerative colitis (UC) are collectively referred to as inflammatory bowel disease (IBD). IBD is the inflammation of the digestive tract that can be life-threatening. It’s a cycle of flaring and fading throughout a person’s life, and many with IBD find there’s a seasonal relationship – a pattern of repetitive flares that seem to happen during the same time of the year.

There have been several studies with conflicting evidence, and even one study concluding “no association between the season” and a flare. But now, there is growing evidence that “the incidence and severity of inflammatory bowel disease (IBD) may be geographically and seasonally related.” Questions still remain unanswered in explaining whether allergies, (allergy medications) or how UV exposure in certain latitudes, may cause an increase in the rate of  IBD-related hospitalizations. But another study on IBD in children indicates flare peaks (or acute onset) of symptoms were reported more frequently in January and July with CD, with UC symptoms being reported more frequently in December.

Are You Noticing a Seasonal Pattern with Your IBD?

If you’ve noticed a pattern of IBD symptoms at certain times of the year, track those specific symptoms. Through tracking, you can more accurately tell your doctor about any new symptoms, if they’ve gotten worse, lasted longer, or started to occur more often. You may even consider scheduling your checkups around the time you start noticing a seasonal pattern.

No matter what time of year it is, year-round, seasonal management for your IBD is recommended to minimize your risk of flare-ups and infections.

Moving and Managing an IBD

Summer Self Care with an IBD 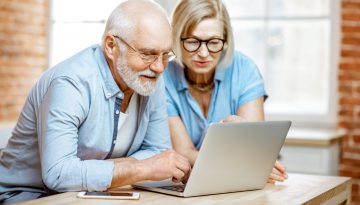