Avoid “Falling Back” into Bad Habits

If you live in a part of the country where daylight savings time is practiced, I’m sure you’ve heard the saying “spring ahead, fall back.” When I’ve been stable and feeling well for a long period of time, it’s so easy for me to at times fall back into bad habits bad patterns of thought, bad food decisions, that kind of thing.

Sometimes You Just Get Sick Of…

I don’t find anything fun about having a chronic illness. I’m a pretty upbeat, glass half full kind of gal, but I have to admit that sometimes I can get sick of having to deal with all the responsibility that comes along with maintaining feeling well.

I get sick of:

I think you get the idea and I’m sure you’ve all felt the same way at one stage or another. The last point, in particular, annoys me more than the others and I was recently reminded of just how much food can affect how I feel.

Throwing Caution To The Wind

I have a group of girlfriends that meets once a month for supper. We pick a different restaurant every time and this month we went to one that is well known for their cheesecake. I’m stable enough that every now and then I can cheat, but the key to my cheating is a picking a safe food for my main meal and then I can sneak in a dessert (which this time was cheesecake and FYI dairy is a big no-no for me).

Looking over the menu, I saw SO many things I wanted more than my plain salmon and rice, and in a moment of what I will call pure stubbornness, I ordered buttermilk dipped deep-fried chicken sliders and fries.  I’m not going to lie, it was fantastic! I may have gotten away it too, IF I hadn’t followed that up with a big piece of birthday cake confetti cheesecake. I knew I was wading into dangerous territory, but at that moment I honestly didn’t care.

The food choices that seemed worth it at that moment sure didn’t feel worth it a few hours later. I started getting that oh too familiar feeling I get when I’ve eaten something I shouldn’t have. Soon I was making many trips to the bathroom, feeling nauseous and in pain.

Besides being in agony (and now drugged up on anti-nausea and pain medication) I also was so mad at myself for making such a stupid decision. I’ve had an IBD long enough to know what the outcome of those choices would be, but I did it anyway.

Unless you live with an IBD, it’s hard for people to understand the restraint it takes to not eat what you want, or to not eat at all if you’re in a serious flare situation. IT’S SO HARD! When you do make those bad food choices don’t beat yourself up, forgive yourself and take it as a lesson learned for next time. I’d like to say after the horrid few days I had I won’t make that mistake again, but who’s kidding who here) at least I can say I only do it a few times a year!

After almost nine years of dealing with an IBD, I have a pretty solid idea of what really bothers me. If you’re new to these illnesses (or maybe you’re not and still don’t have a solid grasp on what foods are triggering you to feel sick) the best advice I ever got was to do a food diary. For six months, I wrote down everything I ate and I followed the three-strike rule; if it bothered me three times, it was o-u-t for good.

Your Pack Health Advisor can help you with this diary. If you’re a member, you’ve probably done the tracking exercise at least once, but did you know your Health Advisor can also bring their nutritionist in for a consult? They will review your day tracker and suggest nutritional substitutes and options for you if you have to remove something permanently from your diet.

Your Health Advisor can also help keep you accountable if you’re having a hard time sticking to your food diary for a period of time. They’re there to encourage and help you find ways to be healthy, happy and best of all, pain-free! 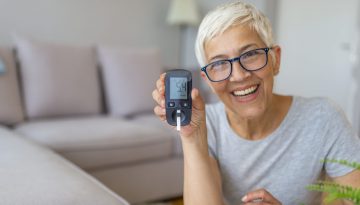 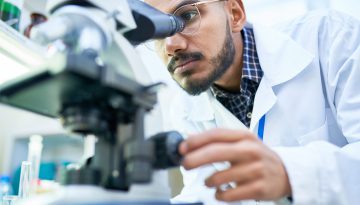 In oncology, HER2 testing is presented as an option to help patients…